From CoTech
Jump to navigation Jump to search

Discussion regarding the details crafted as a part of implementing CoTech Fund. The project originally approved at the CoTech Space4 Hack in November 2018. The proposal passed on Loomio on the 8th of February 2019 with 9 members pledging to contribute. Since then a bank account has been set up with signatories from three member co-operatives.

The full text produced is available on CoTech Nextcloud instance. 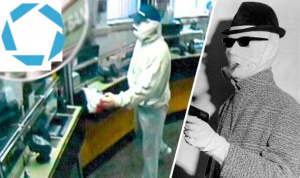 A discussion followed. Some of the remarks:

- We can very quickly run out of funds if we do not specify what is eligible. We narrow the first point on the list to subsidising venue hire at the gatherings.

- We will set up a separate e-mail for the Treasurer (treasurer@coops.tech). The emails will be visible to all the signatories.

- A ledger with the status of the account and history of transaction will be available.

- Approving spending: Governance circle should not decide on this. A group/thread will be formed at Loomio to screen potential spendings, primarily to understand how the fund can be used, what do we want to spend money on. A person/co-op can suggest what they want to spend money on and members will have a week to inspect the notion and block it if they disagree. If there are no objections, the spending is approved.